Showing Too Close to the Edge by Susan Dunlap 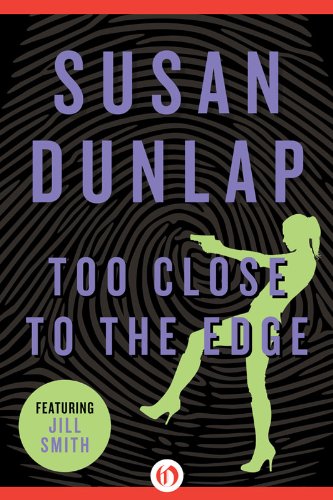 An activist’s murder forces Jill to infiltrate Berkeley’s psychedelic underworld
A town as diverse as Berkeley, California, is never without controversy. This year the uproar is over the Rainbow Village, a hippie-occupied bayside lot that has degenerated into a drug-infested cesspool. As the city tries to eject the squatters, two Grateful Dead fans are murdered and a developer is assaulted. But for homicide detective Jill Smith, the conflict at the Village is only a nuisance until the violence gets personal.
While staking out a coffee shop, Jill sees Liz Goldenstern, a handicapped activist who has long been a thorn in the side of local business. Her wheelchair has broken down, and Jill offers to push her home. The next morning, Liz is found savagely murdered at the Village. To find her killer, Jill will have to remember that sometimes hippies are far from pacifists.

This ebook features an illustrated biography of Susan Dunlap including rare images from the author’s personal collection.