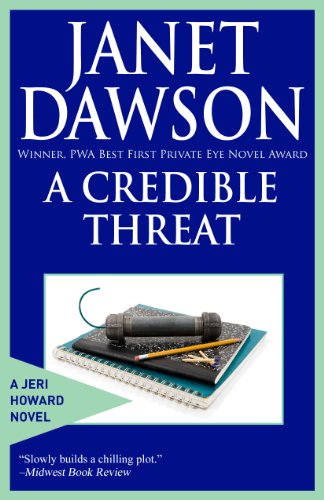 “In Dawson’s capable hands, the characters are believable and the story moves forward in a lively fashion.” Roberta Alexander, Contra Costa Times

“California PI Jeri Howard takes a deliciously suspicion-saturated interest in everyone around in her latest adventure.” Publishers Weekly

“A Jeri Howard mystery which slowly builds a chilling plot.” The Bookwatch, Midwest Review of Books

Vandalism, threatening phone calls… The University of California students who share a big old house in Berkeley are under siege. Someone is stalking them. But who? And why?

Oakland PI Jeri Howard searches for reasons as the unsettling threats escalate into frightening violence. No one has been killed yet. But murder could be next.

Or has it already happened?