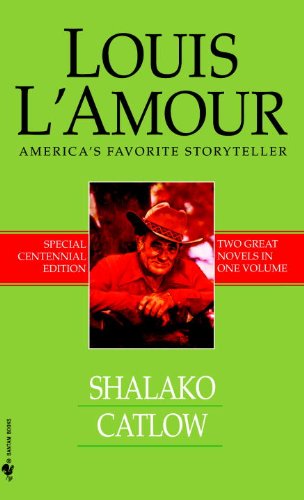 He was a white man as cunning as any Indian, a loner who trusted in nothing but his weapon and his horse. But then Shalako came across a European hunting party, and a brave and beautiful woman, stranded and defenseless in the Sonoran Desert—the Apaches’ killing ground. Shalako knew he had to stay and help them survive. For somewhere out there a deadly Apache warrior had the worst kind of death in mind for them all.

Ben Cowan and Bijah Catlow had been friends since they were boys. By the time they became men, Catlow was an outlaw and Cowan a U.S. marshal. So when his old friend rode to Mexico to pull the biggest robbery of his career, it became Ben’s job to hunt him down. But south of the border, Ben meets beautiful Rosita Calderon, whose presence complicates an already dangerous situation. And soon Ben realizes that the price of getting Catlow home may be more than he’s willing to pay.