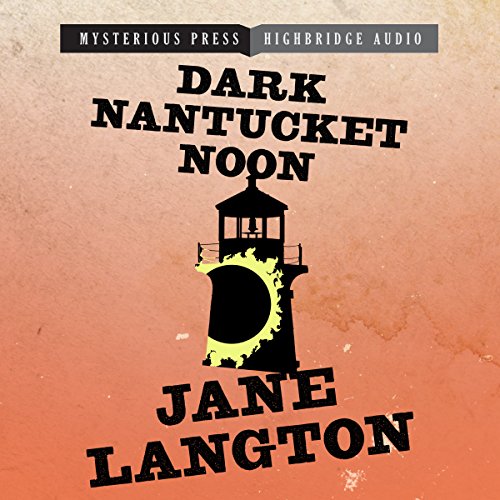 Poet Kitty Clark has waited her entire life to see a total eclipse of the sun. News of an impending eclipse thrills her until she learns it will be visible only from Nantucket, where her ex-lover Joe Green recently moved with his new wife. Unable to resist the astronomical lure, she flies from Boston and makes her way to an isolated lighthouse, hoping to avoid Joe. The eclipse itself is overwhelming; Kitty screams when the sun vanishes behind the dark blot of the moon. When the sun returns a few minutes later, Kitty is standing over the bloodied body of Mrs. Joe Green, claiming "the moon did it."

Transcendentalist scholar and former detective Homer Kelly agrees to defend the troubled young poet, but the more Kitty insists she is innocent, the crazier she appears. To clear her name he must discover who set her up, and what happened during the two minutes when the Nantucket sun disappeared.