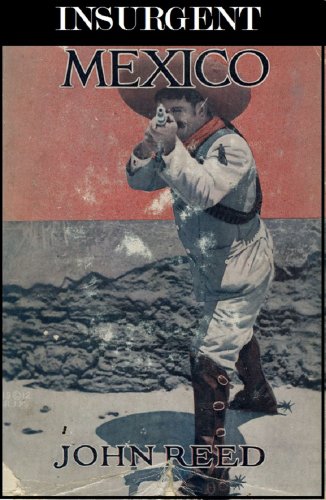 American journalist John 'Jack' Reed writes, on the scene, describing the Mexican Revolution of 1914. He gives an excellent and realistic account of the Mexican Indians and peons that have suffered under a brutal dictatorship. He writes about the time he spent in Northern Mexico with Pancho Villa and the war in the desert. It was hard for him as a Gringo as most Americans had only gone to Mexico to pluner the enviornment. Read "The White Rose' by Bruno Traven and his other 'jungle' series books about the exploitation of Indian Mexican's. Many would say that Jack Reed took over from Jack London in his war reporting, since Jack had just died in 1914. Jack Reed's other famous book "Ten Days That Shook The World" is about the Red October (Boleshvik) Russian Revolution - the movie "Reds" by Warren Beaty is Jack Reed's story. A Collector's Edition.