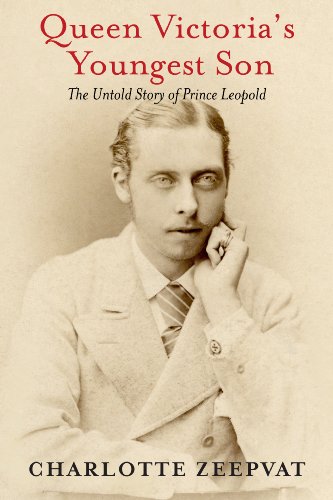 Prince Leopold, Duke of Albany, was the most intelligent of Queen Victoria’s four sons. He was the youngest, a strong-willed, likeable character with an immense thirst for life who faced two overwhelming handicaps. One was haemophilia, then barely understood, which might have killed him at any moment, and in any case subjected him to recurring pain and disability. The other was his mother’s determination to keep complete control over his life.

Leopold’s struggle for independence is a compelling human story, using previously unseen correspondence to explore his illness and treatment, his troubled and often stormy relationship with the Queen, and his place in the royal family. It touches on the wider worlds of Victorian Oxford and of literature, art and politics and the varied friendships he made, with Lewis Carroll, John Ruskin, Oscar Wilde, and Disraeli among others. Set against this background, Leopold’s story is a moving account of one man’s search against the odds for personal happiness and a meaningful role in the world.

"This admirable biography is a moving tribute to a prince who overcame much suffering, and it gives us a better understanding both of Victoria royal history and of a family coping with disability." - The Daily Telegraph

"One of those rare biographies that you will read again and again." - Royal Book News

"A poignant small masterpiece, a book that constitutes an illuminating entré into the multifaceted Victorian world." - The Historian