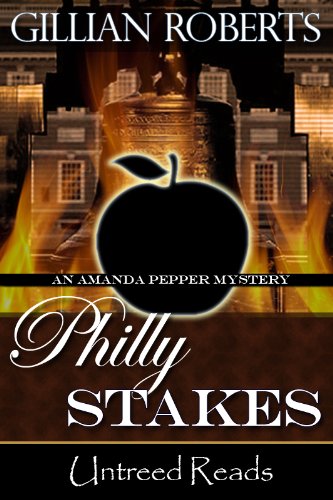 Book two in the Amanda Pepper mystery series. Available for the first time in ebook format!

Amanda attempts to instill the spirit of Christmas by having her students prepare and serve a meal for the homeless, but her plan backfires. A wealthy and politically ambitious parent, Alexander "Sandy" Clausen, turns the event into a lavish, catered publicity and personal photo-op. Worse, his party ends in fire and death with his daughter, Amanda's student, one of three people who insist they alone started the fire. Amanda wants to solve the crime with her sometime boyfriend and cop C.K. Mackenzie, and is equally determined to teach the the elusive killer a lesson or two as well.

From Gillian Roberts, the Anthony Award- winning author of CAUGHT DEAD IN PHILADELPHIA.