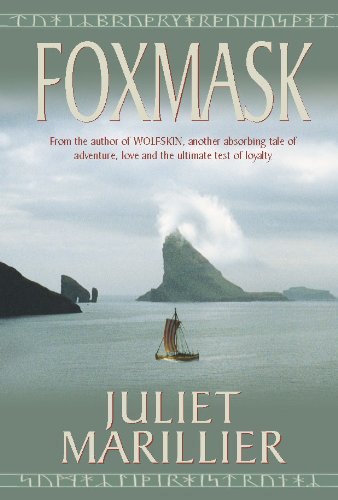 At his coming of age, Thorvald learns a shocking secret about his parentage, and sets out on a perilous voyage in search of a father he has never known. His loyal friend, Creidhe, was never meant to be part of this desperate journey. But love works in strange ways. In the Lost Isles they find a population gripped by terror. The Unspoken sing away the souls of the newborn and the chieftain of the isles answers to nobody. Creidhe and Thorvald become enmeshed in a battle for survival, in which they find themselves on opposing sides. For the future of the islands depends on a visionary child: the powerful seer Foxmask.

Snatched away in infancy by a young kinsman, the boy is held in a place protected by ancient forces of nature. Before the summer is over, Thorvald and Creidhe will learn truths about themselves and about the world that will change them both forever.

Praise for Wolfskin: 'An engrossing and enjoyable tale' Starburst