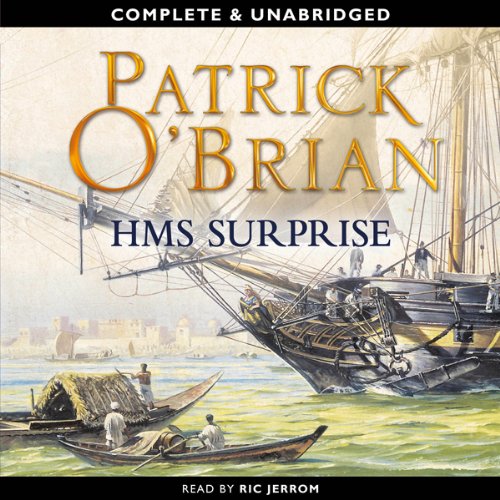 H.M.S. Surprise, the third in O'Brian's acclaimed Aubrey-Maturin series, follows the variable fortunes of Captain Jack Aubrey's career in Nelson's navy, as he attempts to hold his ground against admirals, colleagues, and the enemy, and accepts a commission to convey a British ambassador to the East Indies. The voyage leads him and his friend Stephen Maturin to the strange sights and smells of the Indian subcontinent, and through the archipelago of Spice Islands where the French have a near-overwhelming local superiority.

Rarely has a novel managed to convey more vividly the fragility of a sailing ship in a wild sea. Rarely has a historical novelist combined action and lyricism of style in the way that O'Brian does. His superb sense of place, brilliant characterisation and a vigour and joy of writing lifts O'Brian above other writers in this genre.