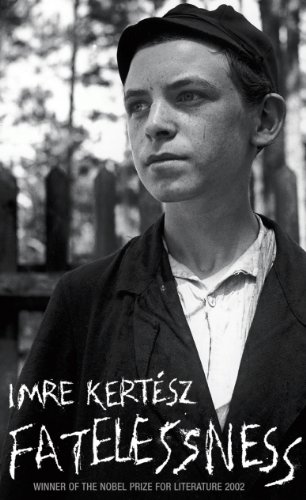 Fourteen-year-old Gyuri is let off going to school for 'family reasons'. His father has been called up for labour service. Arriving at the family timber store Gyuri witnesses his father sign over the business to the firm's book-keeper with nonchalance and boredom. Two months laters after saying goodbye to his father he finds himself assigned to a 'permanent workplace'.

Within a fortnight Gyuri is unexpectedly pulled off the bus and detained without explanation This is the start of his journey to and subsequent imprisonment in Auschwitz. On arrival he finds he is unable to identify with other Jews, and in turn is rejected by them. An outsider among his own people, his estrangement makes him a preternaturally acute observer.

Fatelessness' power lies in its refusal to mitigate the unfathomable alienness of the Holocaust, the strangeness is compounded by Georg's dogmatic insistence on making sense of everything he witnesses.