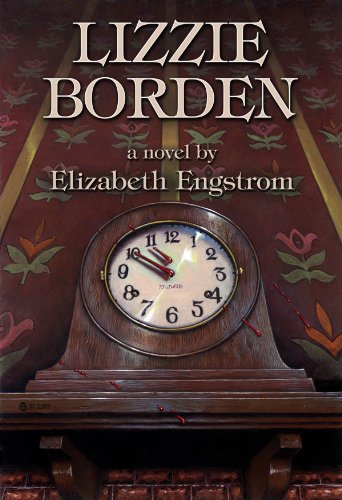 Did she do it?

A hundred years ago, it was the Trial of the Century. A young woman stood accused of brutally murdering her father and stepmother in a crime so heinous that it became a benchmark in human tragedy.

A hundred years later, the Lizzie Borden case still resounds in the imagination. There are those who staunchly defend Lizzie’s innocence while others behemently decleare that she did it, and that the murder was justified.

In Elizabeth Engstrom’s brilliant novel, the dark psychology of the Borden household is laid bare. Lizzie, her sister Emma and their parents Andrew and Abby Borden, are sharply illuminated—as are the paranoia and concealed hatred that secretly ruled the family. Domestic violence and dysfunctional families are not inventions of modern times.

“Every door in the Borden house is metaphorically locked, and each room olds the terrible secrets of its occupant…Engstrom skillfully and subtly builds a psychological plot, moving the reader inexorably toward the anticipated savage denouement.” —Publishers Weekly