Showing In the Dead of Summer by Gillian Roberts 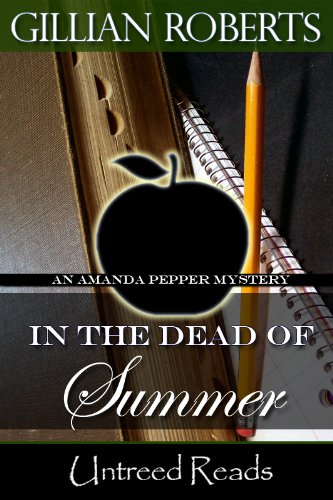 Mellow old Philadelphia, where life, liberty, and the pursuit of happiness have flourished for centuries, now has a new claim to fame. The City of Brotherly Love has been proclaimed number one in the nation...for hostility. English teacher Amanda Pepper, crabbily gearing up for summer school at exclusive Philly Prep, feels she fits right in with the hostility mode.

And it's going to get worse. Amanda gets her first prickling of unease in her own classroom, where a reading of Romeo and Juliet activates some very strange chemistry. Then the computer science teacher begins receiving anonymous "go-back-to-Africa" phone calls. A young Vietnamese boy dies in a drive-by shooting. And late one night, outside a Chinatown massage parlor, student April Tuong is kidnapped.

Random violence? Perhaps. But Amanda refuses to let gentle April vanish without at least asking a few questions, starting in her own classroom.

Gillian Roberts's Philadelphia is the real thing. So, too, are her wit and humor, and her gripping story of Amanda's tenacious search for the missing girl--along the brick streets of historic Philadelphia, in exotic Chinatown, and through the shady, sinister back alleys of the impoverished. The truth, when she finds it, is appalling, deadly, and much too close to home.