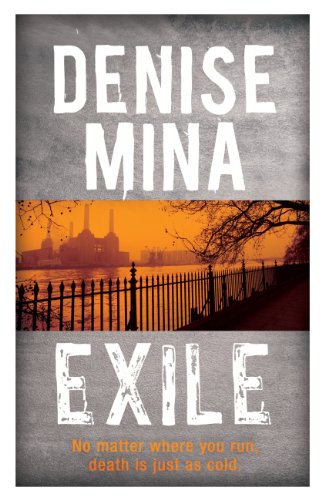 The last time Maureen O'Donnell saw Ann Harris, she was in the Glasgow Women's Shelter smelling of a long binge on cheap drink.

A month later Ann's mutilated body, stitched into a mattress, is washed up on the banks of the Thames.

No-one seems to care what happened to her, and Maureen is the only person who thinks Ann's husband is innocent. But solving Ann's murder comes as light relief. Maureen's father is back in Glasgow, her best friend is sloping about like a nervous spy, and then there's Angus, Maureen's old therapist, who's twice as bright as she is and making her play a dangerous game with the police.

In the long tradition of Scots in trouble, Maureen runs away to London where she becomes embroiled in a seedy world of deceit and violence. Alone in a strange city, Maureen starts to piece together Ann's final days. But time is not on her side, and Maureen needs just 12 hours, just 12, to put things right, and she doesn't care what it costs...