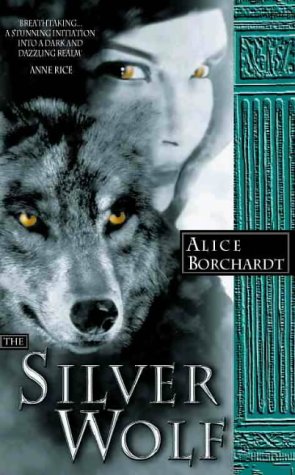 Eighth-century Rome is a shell of its Imperial past, pullulating with whores, pickpockets and mercenaries, and yet strategically the Pope and his cardinals are key players in the game of thrones that is taking place beyond the Alps. Regeane, a distant kinswoman of Charles, the King of the Franks whom men are already starting to call the Great, is sent to Rome as bride, and bribe, to Maeniel, whose Alpine fortress commands a crucial pass. Endlessly brutalised by the corrupt uncle who murdered her father, Regeane is at once pinioned and freed by her secret--she regularly turns into a great killing wolf. Once in Rome, she finds herself new friends--the courtesan Lucilla, her leper son Antonius and the pope himself--and starts to realise that her future does not have to be one of betrayal and nightmare. And Maeniel has secrets of his own, and is not at all the uncouth thug Regeane and the Romans expect. This is a powerful and sexy historical fantasy with intelligent surprises in its plotting and some attractively spooky magic; Regeane is always more than the victim she thinks herself and finds resources of toughness which make her a memorable character. --Roz Kaveney