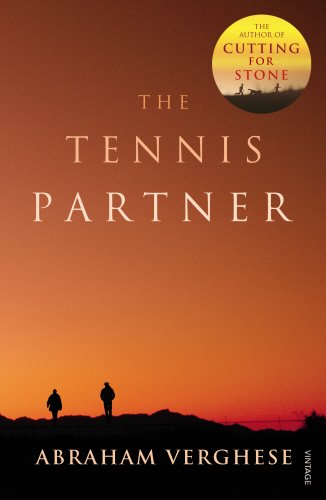 Abraham Verghese's first book My Own Country was about his experiences of dealing with AIDS sufferers; this, his second, is more personal. It is the story of his friendship with David, an intern at the hospital where Verghese is a Professor of Medicine. They meet at a time when both are in need of companionship and their friendship blossoms, imperceptibly developing dependencies until their lives are enmeshed professionally and personally. However, what Verghese does not realise is that David is wrestling with an addiction to cocaine, the profession's personal demon, which engulfed him once before and is hovering again. The harrowing descent into relapse that unfolds is as painful to read as it must have been to witness, until finally death swoops with tragic inevitability, leaving a debris of spent souls trying to piece together something that defies clinical definition.

The Tennis Partner is primarily about relationships; Verghese's with David, both with their families and partners, but most of all David's with cocaine, a telling hierarchy in itself. While Verghese's tennis improves, his opponent's shaky mastery of his own destiny deteriorates as he fails to put to rest the feelings of inadequacy and shame that are his true companions, a player who can control the ball to perfection but cannot get a grip on himself. As a doctor Verghese comes across as one of the rare breed who have not been de-sensitised, pointedly seeing a person rather than an ailment. He works in internal medicine, and prides himself on piecing together a diagnosis like a detective (David revealingly lusts after the buzz of emergency medicine). As a writer he displays similar qualities, but not without a searching candour that gives his account its expressive vitality. The truth is, though, that for all his humane lyricism he can only diagnose, there seeming to be an aspect that cannot be quantified to the addictive personality that refuses release. The very least to have come from the subordinated life of a doomed young man is this brilliant and sober book, which refrains from being a morality tale, and only gains in magnificence for it. --David Vincent