Showing B is for Burglar by Sue Grafton 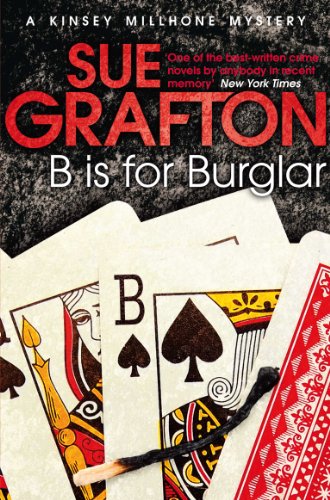 ‘Female, age thirty-two, self-employed and wiser than she used to be. For Kinsey Millhone, private investigator, only one thing stays the same. When a client sits down in the chair across the desk, she never knows what’s going to happen next . . .’ There was nothing about Beverly Danziger to cause Kinsey concern. She was looking for her sister. There was a will to be settled. She paid up front. And if it seemed a lot of money for a routine job, Kinsey wasn’t going to argue. She kicked herself later for the things she didn’t see - Beverly Danziger did not look as if she needed a few thousand dollars and she didn’t seem like someone longing for a family reunion. But just as Kinsey begins to suspect foul play and start asking questions, Beverly Danziger pulls her off the case and fires her . . . ‘One of the best written crime novels by anybody in recent memory’ New York Times ‘Kinsey Millhone [is] just about the gutsiest as well as the shrewdest of her kind’ Observer ‘An unusually compelling series of novels with a notably convincing central character’ Guardian