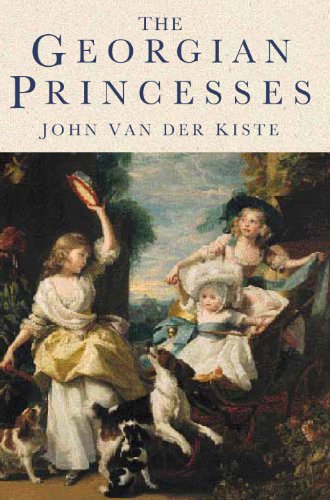 A chronological account of the princesses and consort Queens of the Georgian era. From Sophia who died shortly before she would have become Queen as heir to Queen Anne, to Adelaide, consort to William IV whose failure to provide an heir ensured the succession passed to his niece Queen Victoria. During this period, an array of colourful personalities came and went - George I's ill-fated wife Sophia Dorothea of Celle who was imprisoned for adultery for over 30 years until her death; the equally tragic Caroline Matilda, Queen of Denmark and sister of George III who married an incipient schizophrenic, saw her lover put to death, was divorced and imprisoned, released after pressure from her brother, only to die of typhoid or scarlet fever aged just 23; George IV's notoroious consort, his cousin Caroline of Brunswick, who danced naked on tables and was refused access to his coronation; and their daughter Charlotte, whose death in childbirth in 1818 necessitated the hasty marriages of several of her middle-aged uncles in a desperate race to provide a legel heir to the throne.