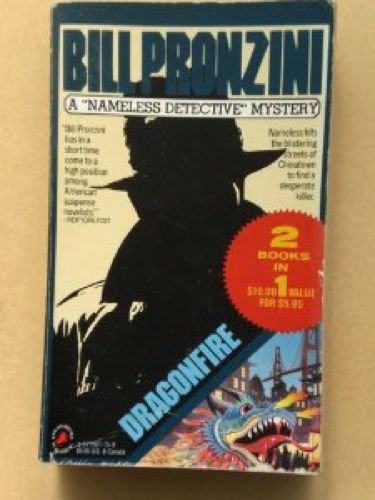 DRAGON FIRENursing their recently broken hearts and more than a few cold beers, Nameless and his friend Lt. Eberhardt are enjoying a lazy summer afternoonin Eberhardt's backyard as they watch the steaks sizzle and shoot the proverbial breeze. But the barbeque is suddenly over when an unexpected guest leaves Eberhardt and Nameless lying in their own pools of blood.While Eberhardt lies in a coma, Nameless is released from the hospital determined to find the owner of those near-fatal bullets. Facing the toughest case of his career, Nameless pursues the secret behind his friend's shooting only to find himself plunged in a vicious web of murder, bribery, violence, and organized crime in San Francisco's Chinatown.