Showing Love in Another Time: A Sardinian Saga by Lexa Dudley 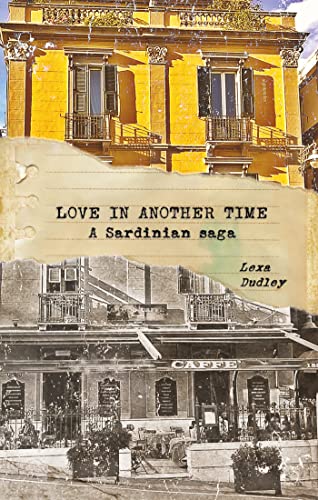 England, 1947. Ellie Montford is sent to boarding school by her cold and distant parents, joining her best friend’s family on their farm for the holidays. She forges a bond with her friend’s brother, Simon, who promises to marry her – but childhood promises may not last…

Sardinia, 1961. Ellie, now a young woman, joins her parents in Cagliari, where her father works for the Foreign Office. Attending classes at the local university she meets Gino, a young professor.

Is he really everything he claims? Or is their love doomed to fail?

Sardinia, 2006. Ellie’s granddaughter Sara is sent by her company to Cagliari. On a night out, she meets Luca, an archaeologist and professor. Their love affair mirrors that of her grandmother and Gino’s from over forty years before.

Their happiness is short lived as Sara finds hints of a long-buried secret which could separate them. Who is Luca, and what is his connection to Gino?

Sara must find the answers before she can find happiness and make her family whole again.