Showing Carved in Granite: Cornelius Campbell and the Legend of Chocorua by Jeremy Osgood 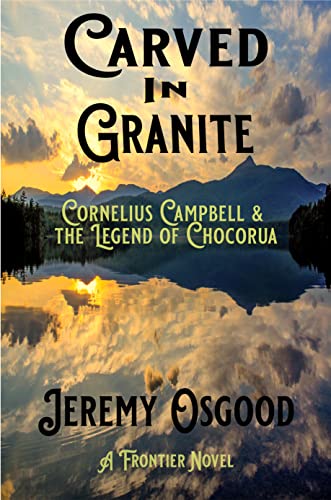 A New England legend comes to life in this historical thriller set in the contested 18th century frontier. Scottish pioneer Cornelius Campbell and the Pequawket, Chocorua, find hope in friendship and a budding romance between their strong-willed children until a scalp bounty ignites hostilities across the frontier.

Among the enlisted drawn to the bounty’s allure are the Puddle brothers from Portsmouth, who travel to the outer edge of the frontier leaving a trail of misery in their wake. Amid the violence that inevitably follows, grievous losses and treacherous acts further spawn chaos, setting Cornelius against Chocorua as he fights to unravel clues to save his family.