Showing The Trail of the Panther by Roosevelt Wright Jr. 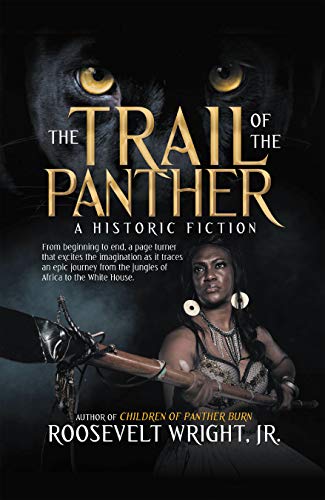 In Dahomey, West Africa—home of the Panther People—powerful warriors battle each other for slaves to offer the gods in sacrifice or sell to slave traders. In the aftermath of a brutal tribal war, little Ehizokie is orphaned. After a mother panther raises her along with her cubs, fate decides Ehizokie’s future as she transforms into an Ahosi warrior—a group of special guards that are all women and all wives of the king.

More than anything else, Ehizokie wants to please the king of her African nation. As she matures and is eventually brought to America on a slave ship, Ehizokie soon reveals to everyone around her, including her slave friend, Izogie, that she is a terror to anyone who threatens her life, the king, or those under her protection. After she finally lands at a Mississippi plantation and begins a new chapter, Ehizokie births five generations of descendants, one of whom is Cora Mae Jones. As Cora rises from the depths of poverty in Panther Burn, Mississippi, she creates a future no one could have ever imagined.

The Trail of the Panther is the story of an African Ahosi warrior as her life’s journey leads her to America and to birth descendants who blaze a trail to the citadels of power around the world.