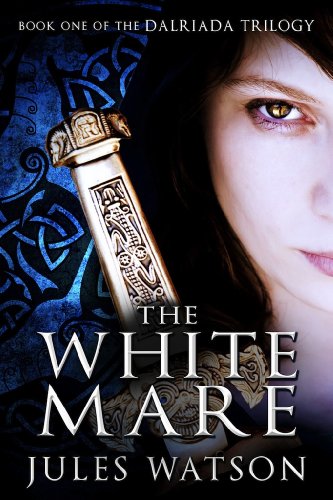 AD 79 and Agricola, the ruthless governor of Roman Britain, is turning his attentions to the last unconquered territory in Britain - Alba, Scotland. Rhiann is a courageous and beautiful Scottish princess and priestess scarred by her violent past. Of noble blood, she faces what for her is the ultimate sacrifice - a forced marriage - to protect the freedom of her people. Eremon is an enigmatic Irish prince in exile, who must seek an alliance elsewhere to regain his throne. Will he prove himself to be the man who can unite the squabbling Celtic tribes against the more ominous threat of Rome? With war and chaos looming for her people, Rhiann finds herself drawn into an unexpected journey of the spirit and heart, which will reveal the true purpose of her life.

In the vein of Marion Zimmer Bradley's million-seller The Mists of Avalon, The White Mare mixes battles, danger, love, honor, sacrifice, Celtic magic and the passionate desire for freedom from tyranny. Rhiann not only has to deal with the challenges of life in this savage world, and a man she is bound to against her will. She also struggles with her loyalty to the Otherworld and her life as a priestess, and with the goddess that she feels has betrayed her.

This is the first in a trilogy about the Celts and Romans in Scotland. The other books in the series are also available now as e-books.