Showing In the Shadow of Monstrous Things by Joel Preston 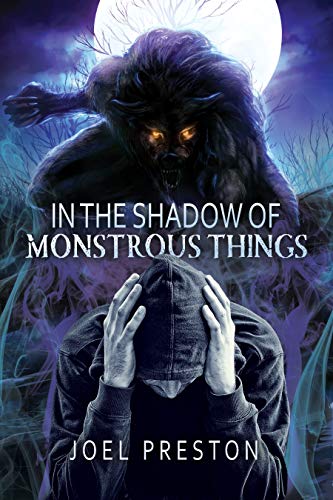 AN ANCIENT CURSE. A STORY FROM MYTH. CAN HE LIVE IN THE SHADOW OF THE MONSTER WITHIN?

Joshua Dare has just graduated university. To escape the uncertainty of his future, he has attended a modern rite of passage. A European getaway.

On a wild night in Greece, a mysterious barman tells Josh that he is going to have a particularly lucky night.

Hope turns into bitter betrayal when Josh finds himself walking alone, through the dark woods of Corfu.

Only he's not alone. In those woods, destiny comes for him in the form of a terrifying monster from ancient myth.

But was it a dream? A vicious bite left no scar and dried blood seems to be all that remains of his lucky escape.

Back home in Australia, the secrets of that night are revealed in lunar light.

When the full moon rises in the tropical city of Cairns, death follows. Legend becomes reality as Joshua struggles to confront the changes within.

A local policeman and his friend, Jesse, knows something is connecting Josh and the spate of bloody massacres in Cairns. And he's not the only one.

Now, Josh has been thrust into a world of hidden organisations, shady government operatives and old secrets revealed only in the light of the full moon.

Get ready for a supernatural thriller with BITE!
Inspired heavily by Greek mythology, In the Shadow of Monstrous Things is an exciting new telling of an age-old monster story, with some unexpected twists along the way.

For action, horror, gore and a little romance, look no futher than In the Shadow of Monstrous Things.