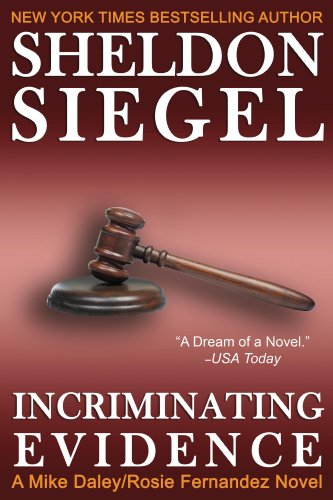 With his terrific first novel, Special Circumstances, Sheldon Siegel delivered legal fiction so exciting, it drew comparisons with the very top tier of courtroom thrillers. Now he has a new challenge for defense attorney Mike Daley--ex-priest, ex-husband, ex-public defender--and it’s a high-profile zinger: a case he doesn’t think he can win for a client he can’t stand.

It starts with a phone call Mike Daley never expected to get, from District Attorney Prentice Marshall Gates III, San Francisco’s chief law enforcement officer and front-runner candidate for California attorney general. Friends they’re not, but Gates needs Daley now--badly. He’s just been arrested. A couple of hours earlier he woke up in his hotel room and found the dead body of a young male prostitute in the bed. Prosecutors are already talking the death penalty, and there’s nothing in the mounting evidence to convince Daley and his partner--and ex-wife--Rosie of Gates’s innocence. But even if he’s lying, it’s their job to defend him.

Sure enough, the deeper Mike and Rosie dig, the seamier their findings. From a shady Internet entrepreneur who trades flesh for cash to a prominent businessman who uses muscle to keep his enterprise prospering, Mike and Rosie chase down leads that take them from the depths of the Mission District, where drugs and bodies are always for sale, to the gated mansions of Pacific Heights, frantically trying to piece together the shocking truth of what actually happened, even as the trial itself is under way.