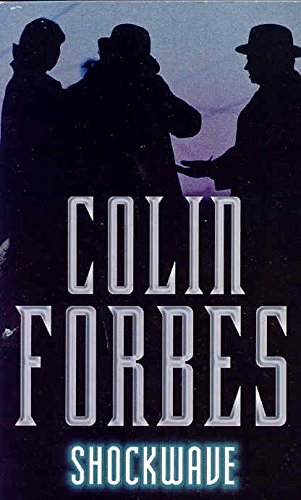 `Brace yourself. I`m going to be accused of murder and rape. A beautiful young girl i`ve never seen before...`

Target of a ruthless frame-up, Tweed is forced to flee into snow-bound europe. Paula Grey insists on accompanying him on his journey into the unknown. The relentless manhunt is directed by Lance Buckmaster, newly appointed Minister for External Security. Europe`s top security chiefs, once Tweed`s friends, are alerted to arrest the fugitive.

Is the key to these bizarre events Shockwave, sheet anchor of Western Europe`s defence? Transported abroad the Lampedusa, sailing Britain, the giant computer could guarantee the safety of the world. And Tweed was in charge of its uninterupted passage.

Joined by foreign correspondent Bob Newman, Tweed seeks desperately to elude his mysterious pursuers. Arriving at his Swiss sanctuary via the ice-cole Black Forest, Tweed hears of the catastrophe. The Lampedusa has been hijacked....