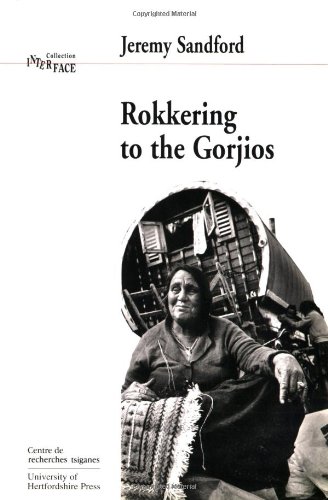 A revised edition of a work celebrating Gypsy lifestyle and culture, which for the first time gave British Gypsies the opportunity to address non Gypsies - "Rokker to the Gorjios" - in their own words. Jeremy Sandford travelled the length and breadth of the country in the early 1970s, gaining the trust of the Gypsies he interviewed and recording the stories of their lives, hopes, fears and aspirations. The book's vivid picture of a world which was rapidly changing is based on interviews with Gypsies living in trailer caravans, tents, on boats, in horse drawn caravans and in houses. Now reissued with a new introduction and a foreward and afterword, the book provides a vivid but disturbing picture of a way of life which was fast vanishing as Gypsies moved into council caravan sites and council housing estates. What would they think now if they were to look back at the past from the dawn of the new Millenium? It aims to give children a more realistic idea of Gypsies than what they pick up from gossip in the play-ground and headlines in local papers and make them more understanding of their worries and concerns and tolerant of persons from other cultures including the lonely Gypsy child - whose ancestors left India a thousand years ago - sitting at the next desk in their classroom. Illustrated with period photographs, this books reveals a vanishing world but is also a testament to the resilience of Romany culture and poses questions about what the future holds in store for the Gypsies.