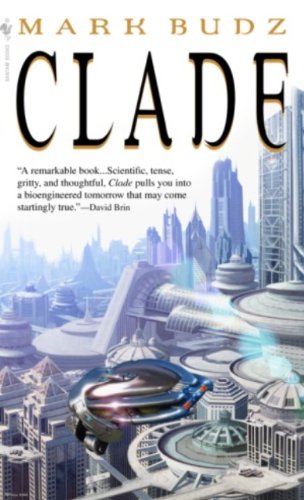 IT’S A POST-ECOCAUST WORLD.
WELCOME TO IT.

In the San Jose of tomorrow, all of nature is gengineered—from the warm-blooded plants to the designer people. But even in a rigidly controlled biosystem, with its pheromone-induced social order, the American dream is still the American dream. Caught between these new-old worlds, Rigo is on his way up—he’s going to be part of tomorrow, even if it means he has to leave today behind.

Written off as a sellout on the streets of his old ’hood, Rigo’s got his own ap in an aplex, a 9-to-5er, and a girl. He’s got opportunity. If he works hard, his job with a heavyweight
politicorp could give him a chance to move up in the clades. But when he’s chosen as part of a team to construct a new colony on a nearby comet, Rigo smells a setup. And when disaster strikes, he learns that if there’s a way to bend the rules, there’s also a way to break them…