Showing The State to Come by Will Hutton 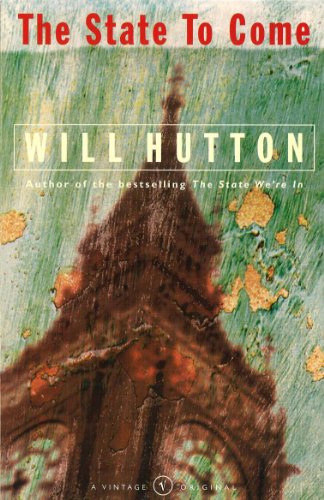 The forthcoming General Election will be one of the most decisive in British post-war history. If the Conservatives were to win again, it would confirm that British democracy is a sham - that we live in a one party state and the electorate will exact no penalty for broken promises and the abuse of power. Will Hutton argues that the tories can no longer be trusted: the recent economic `growth' is little more than a catch-up from the lost recession years, while investment is still weak and inflation high; Black Wednesday revealed the Goverments economic incompetence; and taxes have risen by a record in post-war Britain. Tony Blair has skilfully exploited the Tory divisions and successfully remodelled his party: New Labour is reformist, committed to social justice, solidarity and achievable levels of equality. The years of Tory Goverment have revealed the shortcomings of a free-market economy: a big shift of economic power to the employers and a sharp rise in in equality. Will Hutton urges Labour not to embrace a Conservative agenda in economic terms but to deal with the challenge of structuring the free-market economy to get the best balance of growth and a good society, and to make fundemental choices over the character of the capitalism we want to develop.