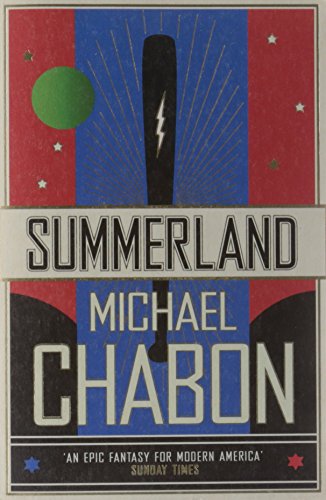 An unforgettable novel for children from one of America's greatest living storytellers, SUMMERLAND is about redemption and the true nature of heroism. Ethan is a young hero on a quest though the strange world of American Faery. Since baseball is the favourite game of American fairies, or 'ferishers' as the North American Fairy Folk call themselves, this is necessarily a story of baseball, too. Zeppelins, werefoxes, Indians and Indian mythology, sasquatches, wendigos, Alaska, the haunted 161-year-old husk of George Armstrong Custer, and a boy who thinks he's an android, also figure in the action. Along the way, the hero and heroine find themselves and each other; a band of ferishers triumphs over their ancient enemy and finally find someone new to play baseball against; a widower's heart will heal as his airship conquers the northern sky; and a burned-out Colombian slugger named Rodrigo Buendia will find redemption in discovering, with Ethan Feld and Jennifer T. Rideout, the true nature of heroism.