Showing Assumption of Risk by Michael A. Stackpole 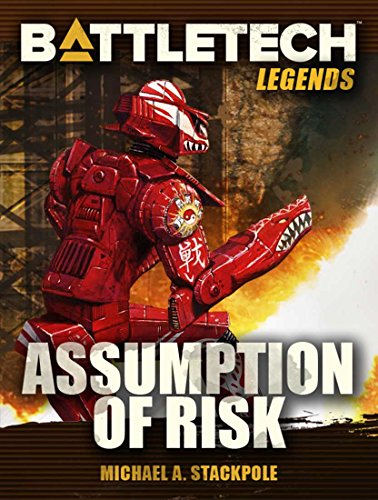 THE FUTURE OF THE REALM

Solaris VII, the Game World, is the Inner Sphere in microcosm, and Kai Allard-Liao is its Champion, veteran of the war against challengers who wish his crown for their own.

There is no place he would rather be.

Then the political realities of the Federated Commonwealth intrude on Solaris. Ryan Steiner, a man sworn to dethrone Victor Steiner-Davion, comes to Solaris to orchestrate his rebellion. Tormano Liao, Kai's uncle, redoubles his efforts to destroy the Capellan Confederation, and Victor Davion plots to avenge his mother's assassination.

In one short month, Kai's past, present and future collapse in on themselves, forcing him to do things he had come to Solaris to avoid. If he succeeds, no one will ever know -- but if he fails, he'll have the blood of billions on his hands.