Showing The King Must Die by Mary Renault 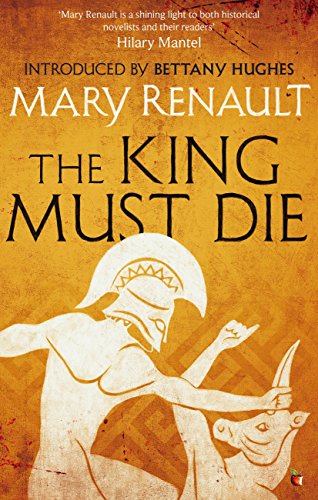 'Mary Renault's portraits of the ancient world are fierce, complex and eloquent, infused at every turn with her life-long passion for the Classics. Her characters live vividly both in their own time, and in ours' MADELINE MILLER

'I never learned Latin or Greek; I wasn't raised on the classics, even in translation. All my sense of the ancient world - its values, its style, the scent of its wars and passions - comes from Mary Renault. Her Theseus novels are perhaps the most exciting of her Greek fictions. I think I turned to writing historical fiction because of something I learned from Renault: that it lets you shake off the mental shackles of your own era, all the categories and labels, and write freely about what really matters to you' EMMA DONOGHUE

The King Must Die retells the story of Theseus, bringing Greek mythology vividly to life. The story is continued in the sequel, The Bull From the Sea.

Theseus is the grandson of the King of Troizen, but his paternity is shrouded in mystery - can he really be the son of the god Poseidon? When he discovers his father's sword beneath a rock, his mother must reveal his true identity: Theseus is the son of Aegeus, King of Athens, and is his only heir. So begins Theseus's perilous journey to his father's palace to claim his birth right, escaping bandits and ritual king sacrifice in Eleusis, to slaying the Minotaur in Crete. Renault reimagines the Theseus myth, creating an original, exciting story.

'Mary Renault is a shining light to both historical novelists and their readers. She does not pretend the past is like the present, or that the people of ancient Greece were just like us. She shows us their strangeness; discerning, sure-footed, challenging our values, piquing our curiosity, she leads us through an alien landscape that moves and delights us' Hilary Mantel

'There's much to say about her interweaving of myth and history and, just as interestingly, there's much to wonder at in the way she fills in the large dark spaces where we know next to nothing about the times she describes . . . an important and wonderful writer . . . she set a course into serious-minded, psychologically intense historical fiction that today seems more important than ever' - Sam Jordison, Guardian