Showing The Usurer's Heart: Giotto, Enrico Scrovegni, and the Arena Chapel in Padua by Anne Derbes 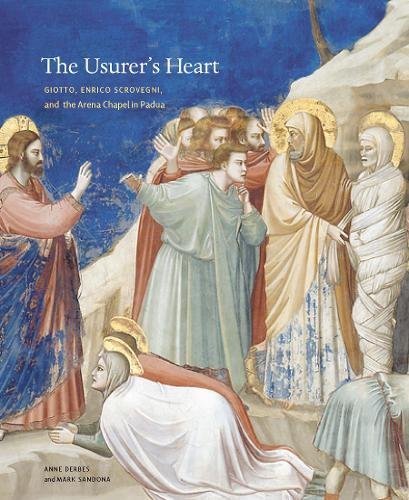 At the turn of the fourteenth century, Enrico Scrovegni constructed the most opulent palace that the city of Padua had seen, and he engaged the great Florentine painter, Giotto, to decorate the walls of his private chapel (1303–5). In that same decade, Dante consigned Enrico’s father, a notorious usurer, to the seventh circle of hell. The frescoes rank with Dante’s Divine Comedy as some of the great monuments of late medieval Italian culture, and yet much about the fresco program is incompletely understood.

Most traditional studies of the Arena Chapel have examined the frescoes as individual compositions, largely divorced from their original context, almost as if they were panels detached from an altarpiece and hung on a museum wall for the viewing pleasure of the connoisseur. Anne Derbes and Mark Sandona, in contrast, consider each image as part of an intricate network of visual and theological associations comparable to that of Dante’s poem. The authors show how this remarkable ensemble of paintings offers complex meanings, meanings shaped by several interested parties—patron, confessor, and painter.