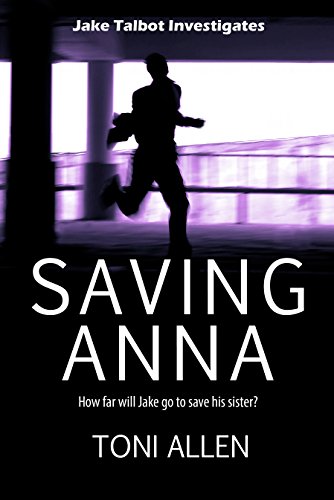 Detective Inspector Jake Talbot hates working undercover. Yet, when ordered to Dorset to observe a sinister cult for the Ministry of Defence, he accepts, because the group’s beliefs pose a direct threat to his disabled sister, Anna. The MOD also need his friend Frankie’s exceptional computer skills, skills he’s prohibited from using except on the Ministry’s behalf. Bitter from previous dealings with them, Frankie refuses to work for the government, but is willing to assist Talbot.

Neither man knows what they’re meant to be looking for, but observation turns into investigation when they discover a woman’s body draped over the gravestone of one of Talbot’s ancestors. Soon after, a dangerous piece of evidence slips into Talbot’s hands, the plotters’ desperation to get it back becoming the catalyst for murder.
As they uncover a conspiracy that links psychic manipulation, drugs, and death, the two friends grow from master and apprentice to partners in detection, protecting each other from increasing hazards. The trail leads them into deeper shadows, where Talbot’s old enemy waits to wreak a revenge that is as shocking as it is painful.
It will take all of Talbot’s detective skills, and Frankie’s brilliance and imagination, working together, if they are to bring down the criminal conspiracy and defeat his enemy.

Set on the beautiful Dorset coast, this gritty psychological thriller races to a chilling conclusion in which Frankie and Talbot must face the cost of saving Anna.