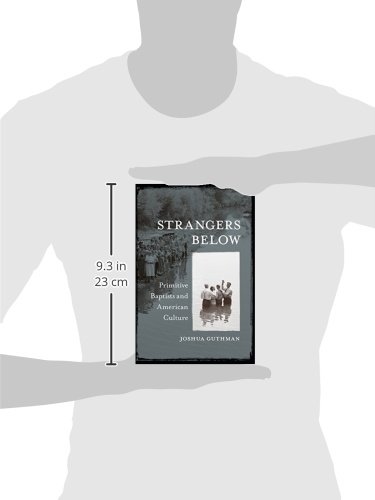 Before the Bible Belt fastened itself across the South, competing factions of evangelicals fought over their faith's future, and a contrarian sect, self-named the Primitive Baptists, made its stand. Joshua Guthman here tells the story of how a band of antimissionary and antirevivalistic Baptists defended Calvinism, America's oldest Protestant creed, from what they feared were the unbridled forces of evangelical greed and power. In their harrowing confessions of faith and in the quavering uncertainty of their singing, Guthman finds the emotional catalyst of the Primitives' early nineteenth-century movement: a searing experience of doubt that motivated believers rather than paralyzed them. But Primitives' old orthodoxies proved startlingly flexible. After the Civil War, African American Primitives elevated a renewed Calvinism coursing with freedom's energies. Tracing the faith into the twentieth century, Guthman demonstrates how a Primitive Baptist spirit, unmoored from its original theological underpinnings, seeped into the music of renowned southern artists such as Roscoe Holcomb and Ralph Stanley, whose ""high lonesome sound"" appealed to popular audiences searching for meaning in the drift of postwar American life. In an account that weaves together religious, emotional, and musical histories, Strangers Below demonstrates the unlikely but enduring influence of Primitive Baptists on American religious and cultural life.