Showing Play On: A Glasgow Lads Novella by Avery Cockburn 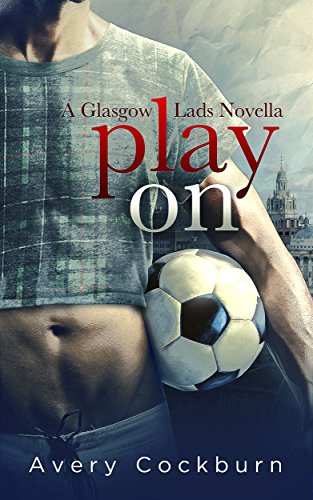 The prequel novella to a hot new gay romance series set in Scotland!

Duncan Harris is on the edge. Scandal has shredded his LGBT soccer team’s history-making season, and now the once-unflappable striker is lashing out. Only one person can tame Duncan’s rage and make him feel like himself again…

Bullied by schoolmates in his wee village, Brodie Campbell lurked deep in the closet before coming to the city of Glasgow. Here at university he’s out and proud, but the years of abuse have left him emotionally paralyzed. Can flatmate Duncan help Brodie escape his past and heal his wounded heart?

As the two lads grow closer, Brodie can’t forget how athletes like Duncan once tortured him. When Duncan attacks an opponent who threatens Brodie, the situation escalates. Soon Brodie doesn’t feel safe anywhere—especially in Duncan’s arms.
To defeat the bullies who’ve wrecked his life, his mind, and his ability to love, Brodie must find the strength to fight his own battles. And Duncan must find the strength to let him.

More Warriors are on the way! The series features a recurring cast of teammates, but each book contains a stand-alone romance, so they can be read in any order.