Showing The Dragons of Heaven by Alyc Helms 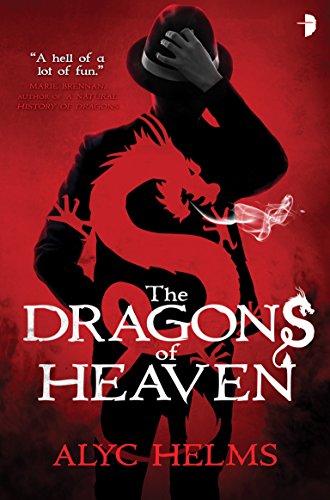 Street magician Missy Masters inherited more than the usual genetic cocktail from her estranged grandfather. She also got his preternatural control of shadow and his legacy as the vigilante hero, Mr Mystic. Problem is, being a pulp hero takes more than a good fedora and a knack for witty banter, and Missy lacks the one thing Mr Mystic had: experience. Determined to live up to her birthright, Missy journeys to China to seek the aid of Lung Huang, the ancient master who once guided her grandfather. Lung Huang isn't quite as ancient as Missy expected, and a romantic interlude embroils her in the politics of Lung Huang and his siblings, the nine dragon-guardians of creation. When Lung Di-Lung Huang's brother and mortal enemy-raises a magical barrier that cuts off China from the rest of the world, it falls to the new Mr. Mystic to prove herself by taking down the barrier. As Missy prepares to confront Lung Di, she faces a tough decision: remain loyal to Lung Huang and see China destroyed, or side with the bad guy and save the world.