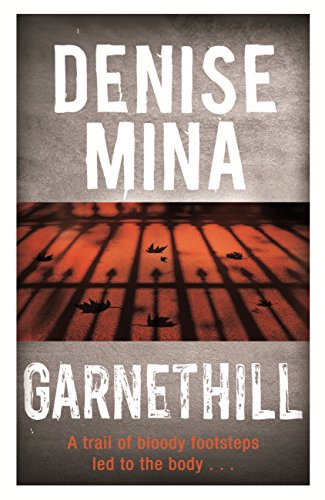 Maureen O'Donnell wasn't born lucky. A psychiatric patient and survivor of sexual abuse, she's stuck in a dead-end job and a secretive relationship with Douglas, a shady therapist. Her few comforts are making up stories to tell her psychiatrist, the company of friends, and the sweet balm of whisky. She is about to end her affair with Douglas when she wakes up one morning to find him in her living room with his throat slit.

Viewed in turn by the police as a suspect and as an uncooperative, unstable witness, Maureen is even suspected by her alcoholic mother and self-serving sisters of being involved. Worse than that, the police won't tell her anything about Douglas' death.

Panic-stricken and feeling betrayed by friends and family, Maureen begins to doubt her own version of events. She retraces Douglas' desperate last days and picks up a horrifying trail of rape, deception and suppressed scandal at a local psychiatric hospital where she had been an inmate. But the patients won't talk and the staff are afraid, and when a second brutalised corpse is discovered, Maureen realises that unless she gets to the killer first, her life is in danger.