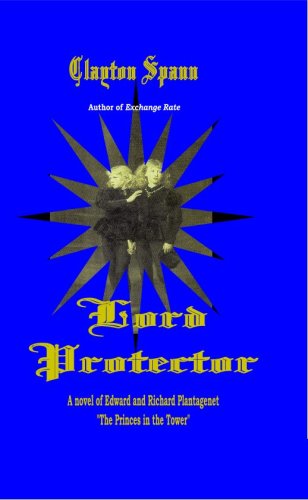 In 1485 Henry Tudor defeated Richard III at Bosworth, and the Wars of the Roses blessedly came to an end. During the long struggle the throne had violently changed hands five times. The Wars cost England 100,000 lives and wiped out a good portion of the nobility.

Richard III—the "crouchback"—had gained the throne by deposing his two nephews. Edward, heir to the throne, and his brother Richard were imprisoned in the Tower of London during the summer of 1483. The boys were never seen again. All England presumed they were murdered.

By 1498 Henry Tudor believes for certain that the Princes are dead. By now surely a living Edward or Richard would have come forward to claim the crown. At last he can sleep peacefully knowing his dynasty is secure. Then word comes that a strange man seeks proof that the Princes got away.

This man, an American of the 21st Century, has stepped into the England of 1498. For many years in many dusty archives Roger Ward vainly sought to learn the fate of the Princes. But now this authority on the mystery of the missing Princes is loose in the era when it all took place.

Ward hunts the truth about the Princes, and Henry hunts Ward. The combination leads to the discovery that the brothers live. Ward and Henry now ally to preserve the Tudor reign, and the course of history is the first casualty.