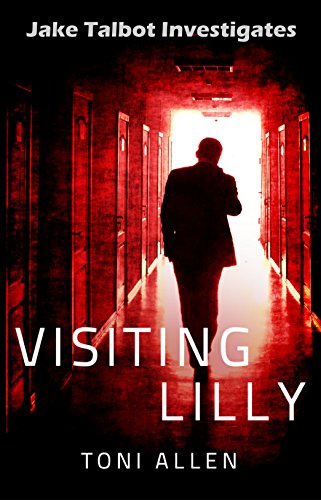 Why should a man at a Surrey police station go ballistic because someone tries to visit Lilly, his elderly grandmother?

Detective Inspector Jake Talbot is intrigued, and this little puzzle might serve to distract him from sorrows of a Christmas past. Soon he is entangled with Frankie, an odd young man who claims to have met Lilly in her youth. Talbot dismisses the notion of time travel, but then discovers the Ministry of Defence has been monitoring Frankie since his friend disappeared ten years previously. Forced to work with the MOD, Talbot unearths family secrets and betrayals. The families act ruthlessly to prevent him from discovering the facts, colluding to ruin him.

If Frankie is innocent, Talbot won’t let him be victimised. An uneasy understanding grows between them as they follow the evidence, for only the truth will allow Frankie to visit Lilly.