Showing The Magician of Auschwitz by Kathy Kacer 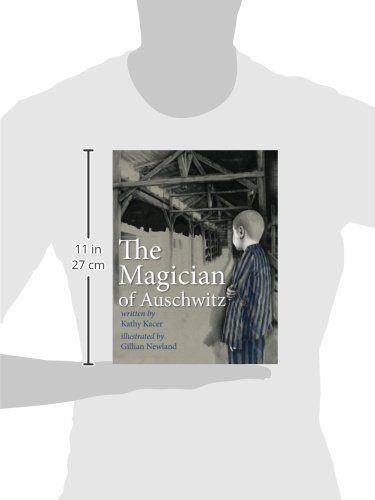 Once there was a renowned magician called Nivelli, who performed before packed audiences in the grandest theaters of Berlin. Night after night, his fans applauded and called out for more astonishing feats of magic. "Bravo!" they would shout, as Nivelli bowed low with a great flourish. But that was in a different, happier time, before the Jews of Europe were rounded up and sent to concentration camps. This is the true story of a young boy on the inside of Auschwitz, whose life is changed by the actions of a prisoner who performs magic for the guards and who the boy later learns was the famous Nivelli.