Showing The Last Days of the Bus Club by Chris Stewart 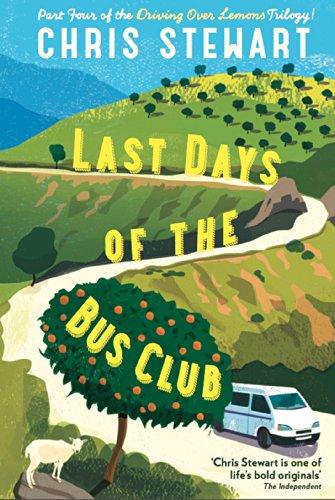 It's two decades since Chris Stewart moved to his farm on the wrong side of a river in the mountains of southern Spain and his daughter Chloe is preparing to fly the nest for university. In this latest, typically hilarious dispatch from El Valero, we find Chris, now something of a local literary celebrity, using that fame to help out his old sheep-shearing partner; cooking a TV lunch for visiting British chef, Rick Stein; and discovering the pitfalls of Spanish public speaking. Yet it's at El Valero, his beloved sheep farm, that Chris is most in his element as he, his wife Ana and their assorted dogs, cats and sheep weather a near calamitous flood and emerge as newly certified organic farmers. His cash crop? The lemons and oranges he once so blithely drove over, of course.