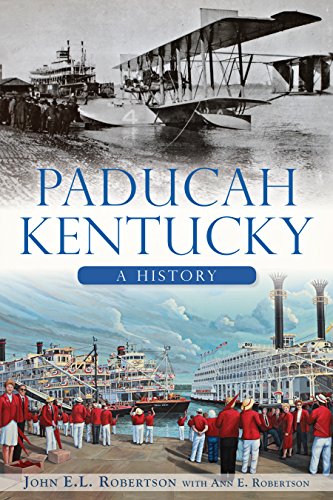 Established in 1830 and named by the famed pioneer William Clark, the city of Paducah thrived as a result of its position along the waterways. From its beginnings as a rural western outpost to its status today as a UNESCO-designated City of Crafts and Folk Arts, the tenacity of Paducah's people has sustained the city throughout remarkable challenges and changes. After enduring a brief Civil War battle, several catastrophic floods and a stint as an "atomic city," Paducah has bloomed into a flourishing arts community. The City of Murals, the Quilt Museum and many other unique jewels attract visitors from around the world. Join historian John E.L. Robertson as he reveals the stories behind how this enduring river and rail town came to be the innovative, creative city it is today.