Showing All Else Is Mortal by Ken Wise 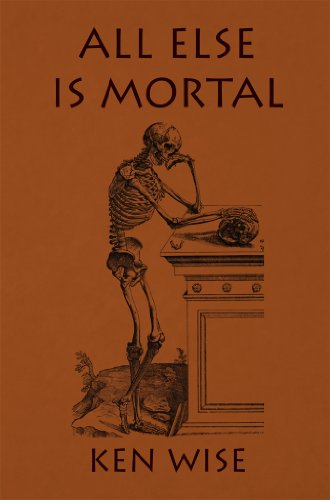 Historical novel bringing to life the story of Vesalius, who ushered in modern medicine. He freed medical teaching from the dead grip of the ancients, and described accurate human anatomy. In so doing, he made enemies of several influential medical men. After publishing his great book, the Fabrica, one of the most important books of all time, he entered the employ of the Emperor, Charles V and, later Phillip II. He took part in the furious chess game of 16th. century politics, and encountered war surgery. He became the most sought after doctor of the time.
He was present at the event which ended the exquisite menage a trois between Catherine de Medici, Diane de Poitiers and Henry II of France. In spite of bizarre protocols, he managed to save the life of Don Carlos, the son of Phillip II.
In order to escape the clutches of Phillip, Vesalius undertook a pilgrimage to the Holy land, but on his return met his death on the Island of Zante. The manner of his death is described complete with self diagnosis of a hitherto unrecognised condition.
His legacy lives on.