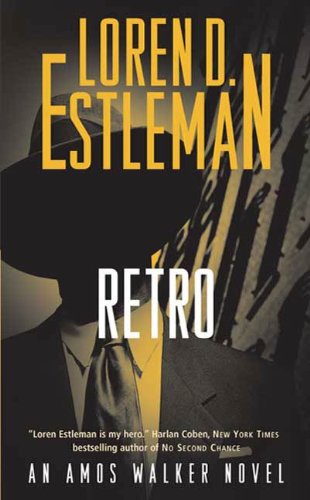 Loren Estleman is the quintessential noir detective writer, and Amos Walker is his quintessential noir detective. Walker has made a lot of friends--and a few enemies--in his years as a detective in Detroit, but he has never had to deal with quite the trouble he finds when he agrees to grant the death-bed wish of Beryl Garnet. Beryl was a madam, but she had a son a long while ago, and asks Walker to make sure that her son gets her ashes when she's gone.

He finds her son, who has been in Canada since the 1960s, evading the law since he was a Vietnam War protester. A simple favor, melancholy, but benign. Except that before he can get settled back in Detroit Garnet's son is dead, with him as the prime suspect.

He has little choice but to find out who might have done the deed and tried to pin the blame on him. . . and in the process he discovers another murder, of a boxer from the 1940s, Curtis Smallwood, who happens to have been the man's father. If that wasn't bad enough, his task is made much more complicated by the fact that the two murders, fifty-three years apart, were committed with the very same gun. And in a place where it was impossible for a gun to be.

At the publisher's request, this title is being sold without Digital Rights Management software (DRM) applied.