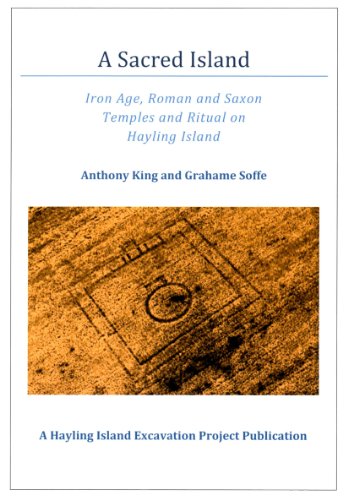 Excavation and fieldwork by the Hayling Island Excavation Project, at Northney Farm, Hayling Island, just off the south-east coast of Hampshire, ran for six years from 1976. The site has proved to be exceptional: beneath a large Roman temple lay two successive late Iron Age timber shrines. This is un-doubtedly one of the best examples of an Iron Age temple so far discovered in Britain. Dating from the early/mid 1st century BC, it continued up to and beyond the Roman conquest in AD 43, being replaced on the same site by the large stone-built temple in the 60s/70s AD, which mirrors the plan of the ear-lier shrine. Such an early date after the Roman conquest means that Hayling Island was one of the first major temples to be established in the new Roman province. It can be linked to the royal house of the Atrebates and Regni, notably to king Togidubnus, who was the probable owner of Fishbourne Palace. Excavation and post-excavation work has continued since the 1980s, and in 2000/01 a geophysical survey and excavation revealed a fascinating and enigmatic Saxon phase of ritual activity, just to the south of the main temple site.