Showing With Malice Toward One by Mike Person 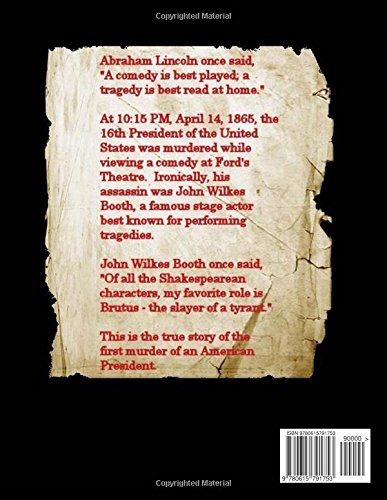 While Washington D.C. celebrates The Army of the Potomac's latest victory with a Grand Illumination Ceremony, four men meet in a hotel room overlooking the crowded streets filled with party-goers. Richmond has fallen, and "The Old Man," General Lee has just surrendered to Grant at Appomattox Courthouse. The mood in room six of the Herndon House Hotel is dire. The original plan was a kidnapping. Booth's fellow conspirators, Powell, Herold, and Atzerodt quietly sit, listening to Booth trying to re-motivate them. He uses the sounds of revelry coming from the streets below to stoke up their anger. Something decisive must be done; a spark is needed to ignite new hope in the Confederate cause. "This Tyrant. This man Lincoln, who should make himself a king must die!" This, is truly the "crime of the nineteenth century," and the largest manhunt in military history. It's the "full" story about the first murder of an American President. The story, that has been left out of the classroom. Told in a way children can understand it the most. Visually.