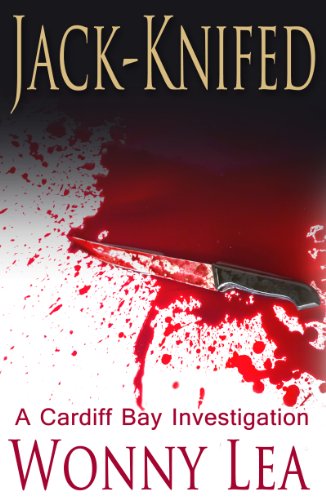 ‘Jack-Knifed’ is the first novel featuring DCI Martin Phelps and his team, based in the world-famous and vibrant Cardiff Bay.

Mark Wilson, a decent, well-liked gay man, lives alone in a beautiful house in Cardiff. One Saturday evening, his closest friends go to his house for an evening of drinks and catching-up.

Finding no answer, the concerned friends break in – to a horrific murder scene. For Mark Wilson has been brutally, sadistically murdered in his own home.

As DCI Phelps investigates, Mark’s traumatic early life is revealed. Was his killer someone from his past? Was his sexuality a motive? What about his violent, homophobic father – a man who has already killed more than once …

Meanwhile, Mark’s estranged sister Amy broods on the hatred she has for her brother, blaming him for turning their father into a killer. As she sinks further in to the depths of drug addiction, who’s to say what her next move will be?

As the body count rises, Phelps and his sergeant, Matt Pryor, soon realise they are on the trail of a serial killer …