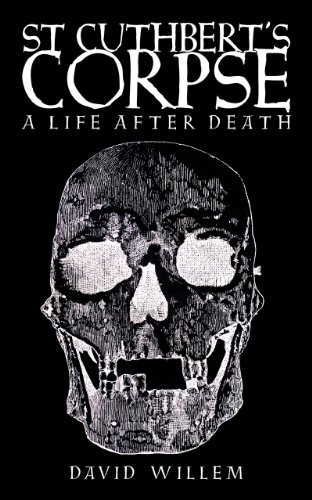 The miracle of St Cuthbert’s incorrupt corpse has been the subject of much fascination since his death over thirteen-hundred years ago, inspiring pilgrims, monks, and even the construction of Durham Cathedral itself. Throughout the centuries, Cuthbert’s coffin has been opened on six occasions. For the first time, accounts of these openings have been brought together in a single volume, providing a unique history of the Saint from his death to the present day.

Including details of his death and burial, the moment when monks first discovered his remains to be incurrupt, and the most recent exhumation of his relics in 1899, David Willem brings alive the mystery and intrigue of the life of Cuthbert’s corpse, and tries to answer questions such as, “When did the corpse decay?” and, “Is Cuthbert still buried in Durham Cathedral?”

“In Christian traditions, curiosity, piety, and awe almost inevitably frame that sensed affinity our own embodiment finds with holy bodies. St Cuthbert’s body is no exception as this book shows in tracing varieties of hope, faith, and experience down the Christian centuries.” — Prof. Douglas J. Davies, Director, Centre for Death and Life Studies, Durham University

ABOUT THE AUTHOR
David Willem is the author of “Kicking: Following the Fans to the Orient” and a former correspondent for The Guardian and The Times.