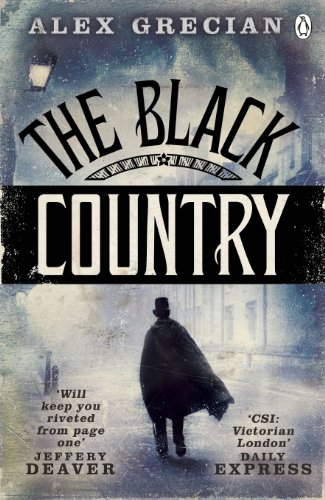 When members of a prominent family disappear from a coal-mining village - and a human eyeball is discovered in a bird's nest - the local constable sends for help from Scotland Yard's new Murder Squad.

Inspector Walter Day and Sergeant Nevil Hammersmith respond, but they have no idea what they're about to get into. The villagers have intense, intertwined histories. Everybody bears a secret. Superstitions abound. And the village itself is slowly sinking into the mines beneath it.

Not even the arrival of forensics pioneer Dr. Bernard Kingsley seems to help. In fact, the more the three of them investigate, the more they realize they may never be allowed to leave. . . .

'Will keep you riveted from page one' Jeffrey Deaver

Alex Grecian has worked for an ad agency on accounts for Harley-Davidson, Cub Foods, and The Great American Smokeout, before returning to writing fiction full time and raising his son. Alex is the author of the long-running and critically acclaimed comic book series Proof, and he lives in Topeka, Kansas, with his wife and son. The Yard is his first novel.