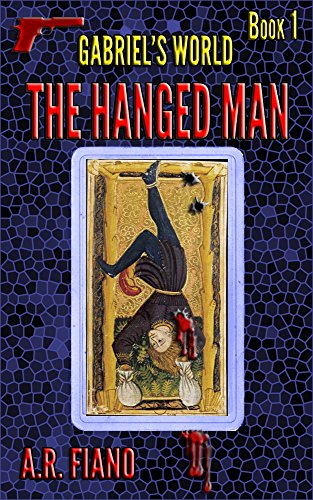 What would you sacrifice to do the right thing?

New York City private investigator Gabriel Ross faces this elemental question in The Hanged Man. After seeing Gabriel confront a bigot in a controversial viral video, attorney Raymond Booth wants to hire him to probe a disturbing incident at Raymond’s charitable foundation. As Gabriel is otherwise publicly scorned and losing clients, he’s keen to take on Raymond’s case. But then Raymond disappears. Raymond’s sister Toni hires Gabriel to find the missing man. Gabriel turns up evidence of abduction—and then Raymond turns up dead.

Gabriel’s obsession with the case pulls him into the mystery Raymond wanted him to solve. Gabriel has help from journalist Alex Barclay and Gabriel’s former boyfriend Joel, leading to complications in his personal life. Gabriel begins unraveling a sinister secret connected to the foundation–a cabal tracing back to the origins of Nazism. Gabriel endeavors to uncover the conspiracy of Raymond’s murder without losing his license, freedom, or life.

The Hanged Man is the first book in the Gabriel's World Mystery/Thriller/Queer Fiction series. This begins the story of Gabriel Ross, a brilliant and intuitive New York City private investigator and fearless, tenacious artist Joel McFadden. Gabriel’s cases take him and Joel to dangerous places internally and in the real world. On behalf of his clients, Gabriel seeks justice while risking his license, freedom, and life.

The Gabriel’s World series features a gay protagonist, bisexual, transgender, and genderqueer characters, conspiracy, thriller, and dark psychological themes--exploration of the extremes and complexity of good and evil. Each story features the same characters in different but often interrelated cases, and in continuing development of personality and relationships. Each has a stand-alone theme and style, and each story builds upon the previous story and lays the groundwork for the next.